DESCRIPTION DEMO
Help Snaky get out of this mysterious world, in different levels you have to eat as many apples as possible to have enough abilities to fight all enemies to open secret passages and defeat bosses. An exciting adventure game!

ABOUT DEMO
In this early access demo, you control a snake named Snaky.

You will be able to bite apples, break stones, free fall, cross environments in a balloon, shoot anything that moves, explode rocks and many other things.
Snaky has the ability to shoot in 4 directions in classic mode, you are equipped with a special bomb to destroy certain decorations, open passages and hunt intruders.

In gravity and Shmup mode, Snaky can shoot from left to right, while hanging on a balloon, but be careful, you are vulnerable, if your balloon bursts, gravity will pull you into the void. 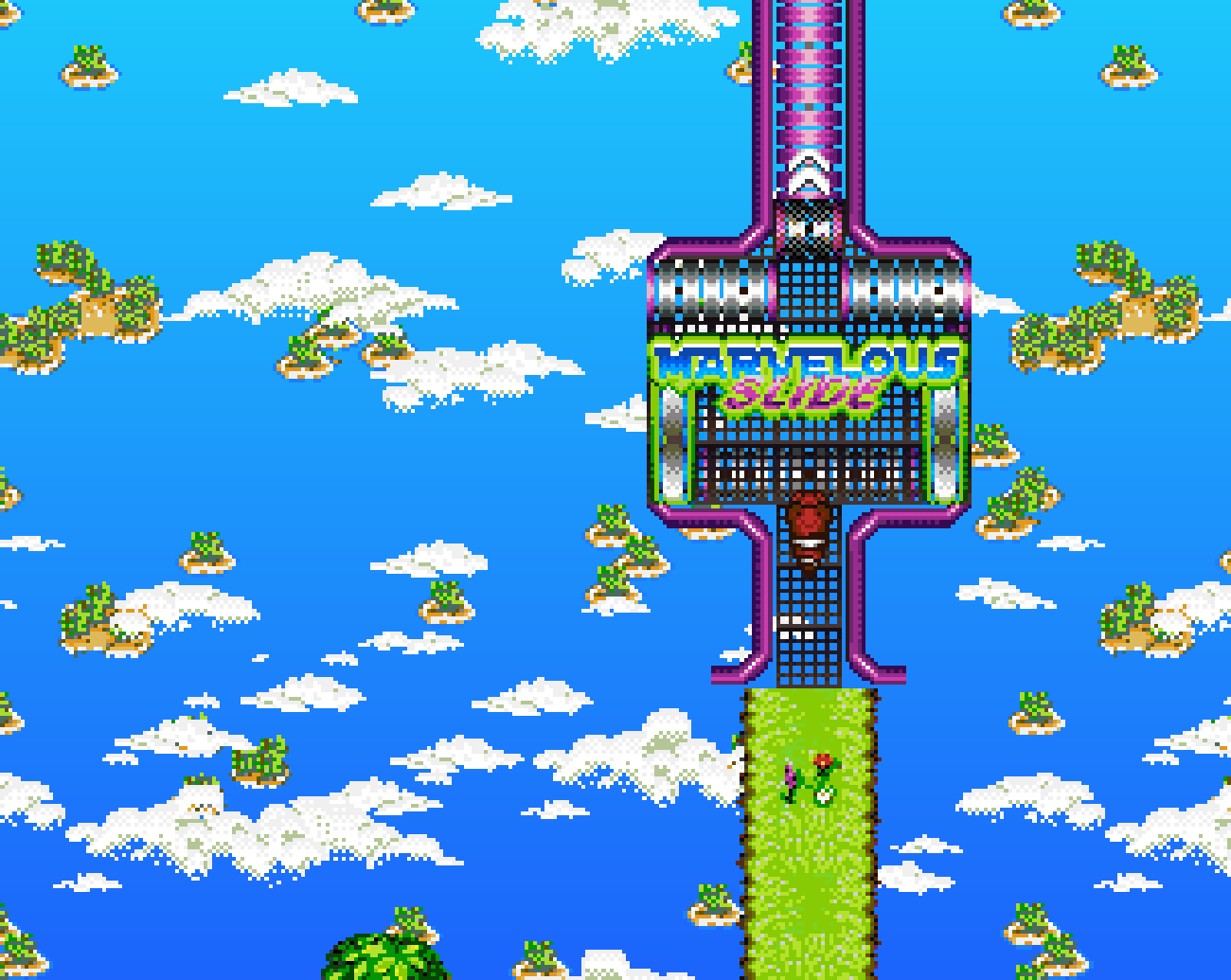 Snaky can transform into a Morph ball in certain passages in order to unlock bonuses and catch different items. 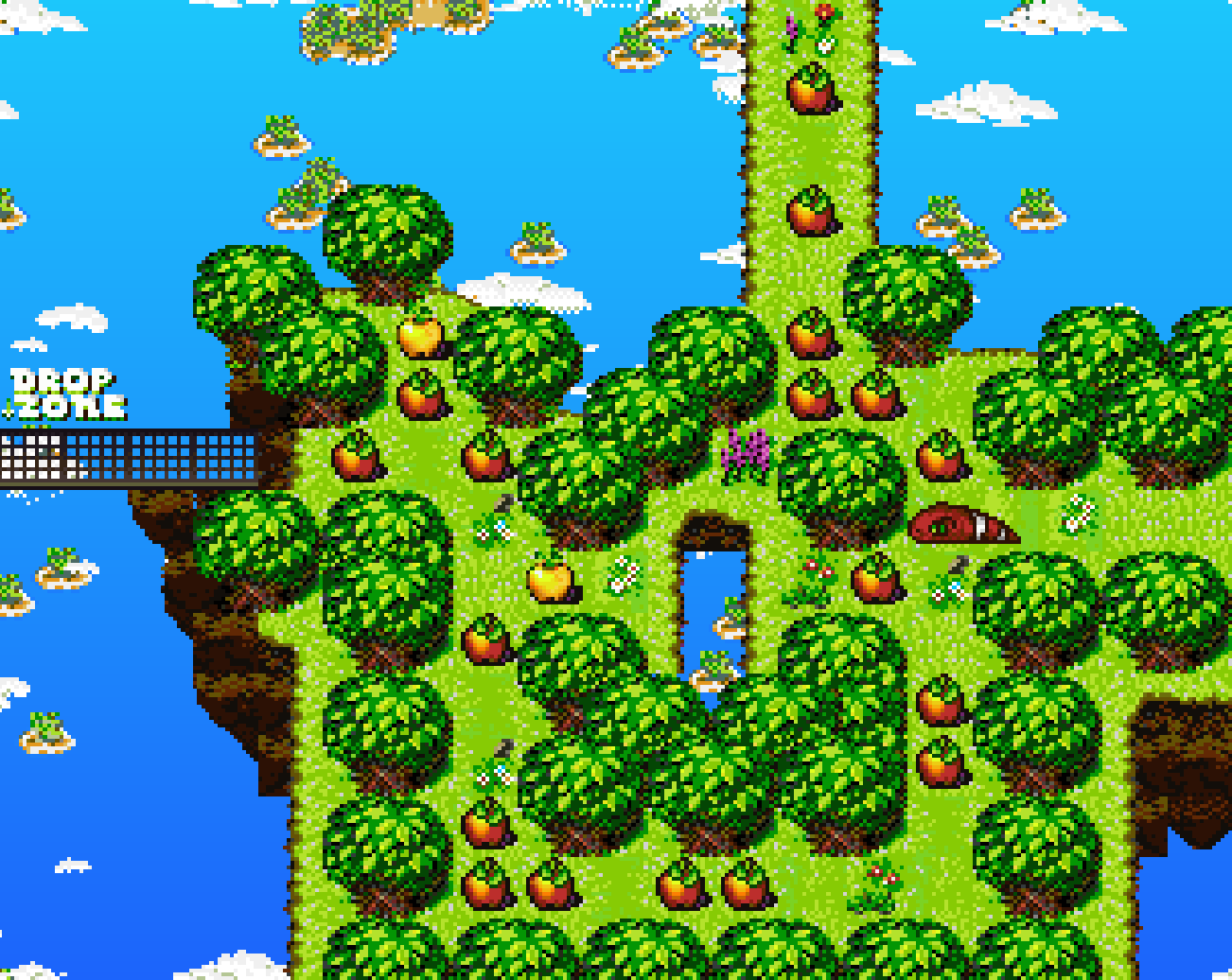 In the Drope Zone you will need certain items such as the helmet to free fall. The parachute will be your lifesaver during this journey. 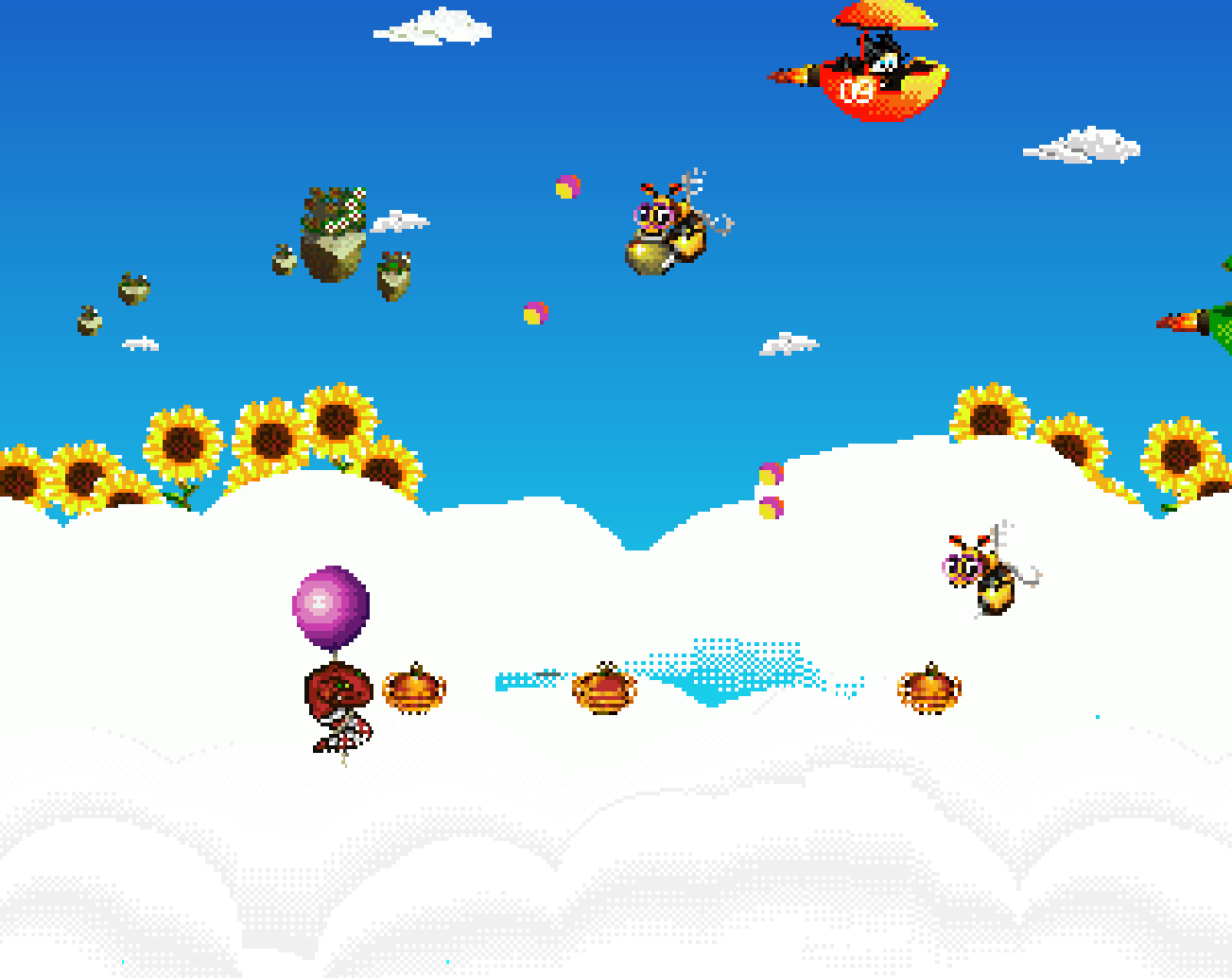 But be careful, the bosses are there to give you a hard time, no way to escape, you will have to defeat them but that's another story.

ABOUT SNAKY The Mysterious World 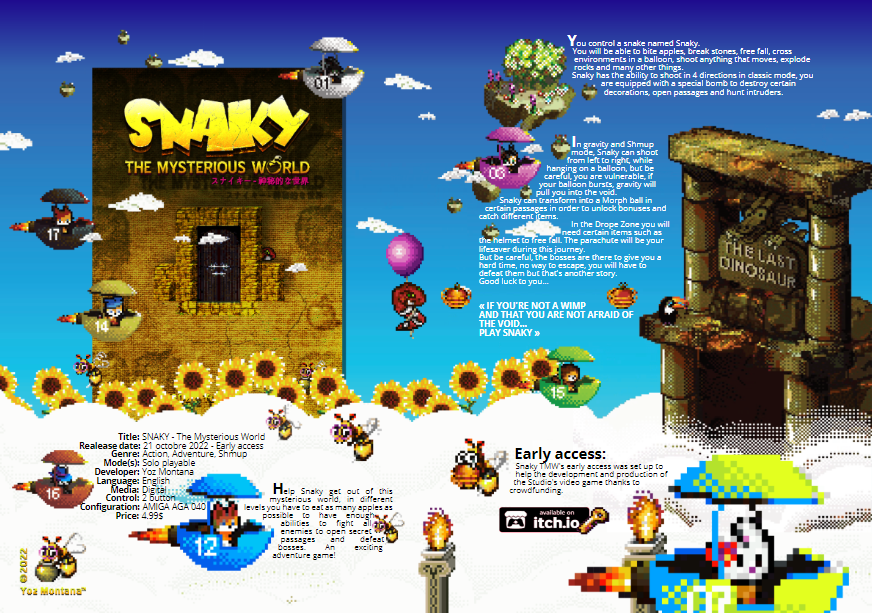 In order to download this game you must purchase it at or above the minimum price of $4.99 USD. You will get access to the following files:

Hello! I'm the webmaster of Radio PARALAX, a webradio dedicated for chiptune remixes, Demoscene and retro game music. I'm planning a livestream this Saturday (5.11. at 20:00 CET), showing new retro game releases on our Twitch livestream. Would it be possible to get a copy of this game, to show it in our broadcast and for making some promotion? I would look forward to it. Please let me know wether whis would be possible. You can also contact us directly from our website. Regards, Manuel (radio-paralax.de)

Out of respect to the people who support the development of the Snaky TMW game in early access, it is not possible to give you a copy of the game, it would not be correct!

The SNAKY - The Mysterious World video game works only on AMIGA computers.